Glen Campbell’s Kids Can Challenge His Will, Judge Says 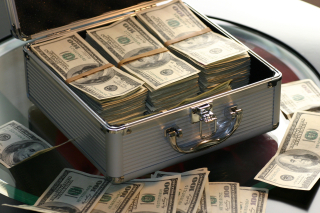 “A Nashville judge has ruled that three children of the late Glen Campbell have a right to contest the validity of two wills that cut them off from any inheritance from the late singer.”

The Tennessean reported it its recent article, “Glen Campbell's children have right to contest wills that cut them off inheritance”, that Travis, Kelli and Wesley Campbell petitioned the court to certify that a will contest existed. The three were the only children of Campbell who were left out of both wills.

Anyone who may have a potential interest from the will, can challenge a will. The most successful challengers are usually spouses. The most successful grounds for a will contest are that the decedent lacked testamentary capacity or that the person was unduly influenced to draft the will to benefit a certain person.

Judge Kennedy noted in his decision that, in this case, the three Campbell children intended to contest their father's capacity to agree to the wills and also that he was subject to undue influence. Campbell suffered from Alzheimer's disease for a few years, before he died on August 7, 2017.

The 2006 will was filed by Kimberly Campbell, Glen’s widow, who was also named executor of his estate. She recently filed notice that she wouldn’t challenge the right of the three children to contest the will. Judge Kennedy said in his decision, that there was no opposition to the certification request.

The 2006 will names Kimberly and Glen’s five other children as beneficiaries. A fourth Campbell child, Debbie Campbell-Cloyd, has raised questions about the actions of a former publicist and manager for the singer, Stanley B. Schneider, who has been acting as a temporary administrator of the estate.

Debbie asked the probate judge to order Schneider to provide a full accounting of payments made from the estate and a bank account into which Glen Campbell's royalties have been deposited. She argued that the royalties should have been deposited into an estate account. However, even after Campbell's death, the money was deposited into an account controlled by Kimberly and Glen Campbell. Schneider, according to court filings, had power of attorney over the account.

Reference: The Tennessean (July 25, 2018) “Glen Campbell's children have right to contest wills that cut them off inheritance” 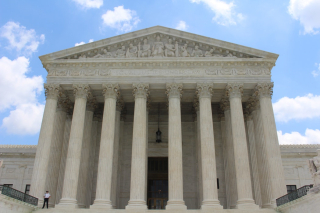 “Wyoming does not recognize an exception to enforceability of no-contest clauses, where a will contest is made in good faith.”

The Supreme Court of Wyoming recently reviewed a trust case involving an in terrorem clause or no-contest clause. It’s a term in a legal document that’s designed to threaten someone, usually with litigation or a penalty, for acting or to keep someone from acting.

In this case, a trust's in terrorem clause stated that any challenge made by or on behalf of the settlor's son or grandchildren would terminate any interest in the trust of any descendant, reports Leagle.com in the case of “EGW v. First Fed. Sav. Bank.”

The Appellants were the grandchildren of Mr. Willey, who created a revocable trust. They filed suit seeking to prevent the sale of land held in the trust. They challenged the court's grant of summary judgment in favor of the Appellees, a bank that was the successor trustee, and the beneficiaries of the trust. The district court determined that the Appellants were no longer beneficiaries of the trust, as a result of their father's 2014 lawsuit against Mr. Willey and his wife.

Among the issues that the Appellants presented was whether, as a matter of law, the Appellants' father's 2014 lawsuit challenged only the 2010 Trust Amendment, at a time when the in terrorem clause did not disqualify the Appellants.

In 2001, Allen Willey created a revocable trust that provided for the management of his assets during his lifetime and for distribution of the assets upon his death. A ranch was included as a trust asset. Mr. Willey served as the trustee of the trust during his lifetime, and the trust initially named his son Spencer as successor trustee. The trust ultimately benefitted Spencer's minor children, E.W. and A.W.

In 2014, he amended the trust again and changed the successor trustee to a local bank. The charge also provided that under no circumstances, should Spencer or any lineal descendant of Mr. Willey be named trustee. The amendment also added an in terrorem, or "no-contest" clause, which is the subject of the case.

In 2013, Mr. Willey hired a real estate broker for to sell the ranch. Spencer filed for an injunction and Declaratory Judgment against Mr. Willey, individually and as trustee of the trust, and Mr. Willey's wife. Spencer sought to set aside the listing of the ranch and requested that Mr. Willey be removed as trustee due to incapacity. Spencer also alleged that Mrs. Willey had exercised undue influence over Mr. Willey and convinced him to sell the ranch, instead of leaving it in the trust. Spencer amended his claim to add that Mrs. Willey exercised undue influence over Mr. Willey by convincing him to remove Spencer from the trust, reduce the benefits to E.W. and A.W. and grant additional benefits to herself.

About a month after the Amended Complaint was filed, Mr. Willey died. The case went to trial, and the jury found that the trust amendments weren’t the product of undue influence. Spencer appealed, and the Wyoming Supreme Court affirmed.

As that appeal was pending, the Appellants filed this action through Spencer, who acted as "next friend" for his children. They sought an injunction preventing sale of the ranch, a judgment that the in terrorem clause wouldn’t apply to them, removal of the bank as trustee, and damages for the bank's alleged breach of fiduciary duties.

After a hearing, the district court granted summary judgment to the Appellees, determining that the Appellants' claims relating to Spencer's standing (right to bring a lawsuit) in the 2014 suit lacked support or authority. But the court said that Spencer had standing to challenge the trust in the 2014 action and that the challenge terminated E.W.'s and A.W.'s interest in the trust.

On appeal, the Appellants claimed that Spencer's 2014 suit could not have constituted a "challenge" to the trust, because the suit was filed during Mr. Willey's lifetime. Further, the Appellants assert that, because Mr. Willey did not remove them as beneficiaries after the 2014 suit was filed, he must have intended for the in terrorem provision not to apply. The Supreme Court of Wyoming didn’t agree.

Chief Justice E. James Burke wrote in his opinion that Wyoming doesn’t recognize an exception to enforceability of no-contest clauses, where a will contest is made in good faith. The Appellants also didn’t allege any changed circumstances between the time of the creation of the trust and Mr. Willey's death. The Court wasn’t persuaded that the 2014 suit couldn’t have constituted a challenge to the trust, because it was initiated during Mr. Willey's lifetime.

The Court was also not persuaded by the Appellants' claim that because Mr. Willey didn’t remove them as beneficiaries after the 2014 suit was filed, he must’ve intended for the in terrorem provision not to apply. Judge Burke said the Court must interpret the intent of the settlor, according to provisions contained in the trust.

"The rules of construction of a trust agreement are simple. A trust agreement is governed by the plain language contained in the four corners of the document,” he wrote, citing an earlier state supreme court case.

The case was affirmed.