How are Baby Boomers Doing with Their Retirement Planning? 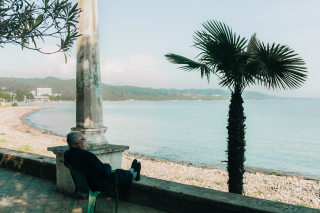 “April is National Financial Literacy Month, but this week is National Retirement Planning Week, which means it's time for yet another round of depressing statistics about how unprepared we all are for retirement.”

Too little savings. The three "legs" of the retirement "stool" are Social Security, private pensions and personal savings. These aren’t in great shape, as the average Social Security check is $14,000 a year, and just 23% of boomers ages 56-61 expect to receive income from a private company pension plan, with only 38% of older boomers expecting a pension. Most boomers haven’t saved nearly enough in their personal savings, with 45% of boomers having absolutely nothing saved for retirement.

Underestimating retirement income. The average amount spent by Americans 65-74 is $55,000 annually. However, most baby boomers don't believe they’ll need near that amount. To that point, about 60% say they will need less than that on which to live. Their backup plan is to downsize, go back to work, or ask their children for help.

Of those who aren’t confident they did an adequate job preparing for retirement, the top two things they wish they’d done differently were to have saved more (63%) and to have started saving earlier (58%).

When Do I Cash in My Savings Bonds? 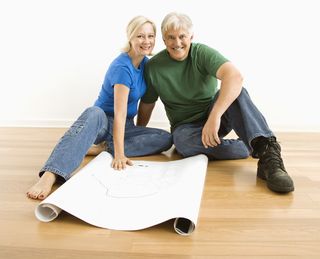 “Whether you got them as a birthday gift from Grandma or bought them through a payroll deduction on your first job, you may own U.S. Savings Bonds that have stopped earning interest.”

The common variety of bonds that were first issued in 1980 are the Series EE Bonds. These bonds continue to be issued today. Series EE Bonds were designed to pay interest for up to 30 years. As a result, any bonds dated 1988 or earlier will stop paying by the end of 2018. Their value will then be frozen—there’s no reason to keep them. Cash them in and put the money to more productive use.

A recent Investopedia article asks “U.S. Savings Bonds: Time to Cash In?” According to the article, prior to the start of Series EE Bonds, a relative might have bought you a Series E Savings Bond. These bonds were issued from 1941 to 1980. They have also stopped earning interest.

Series I Bonds are more recent. First issued in 1998, these bonds pay a combined fixed and inflation-adjusted rate of interest. They’ll accumulate interest for 30 years. Thus, the earliest of them will stop gaining value in 2028.

To see the value of your old bonds, use the Savings Bond Calculator on the TreasuryDirect website. You only need the type of bond, its denomination and the issue date. You can also add your bond’s serial number, but you don’t need to do that to get a value. As an example, a $50 bond issued in August 1982 that cost $25 is now worth $146.90. A $100 bond from February 1984 is now worth $230.64.

If you think you own some old savings bonds, but have lost track of them, you can submit a claim with the Treasury, by filling out Fiscal Service Form 1048, Claim for Lost, Stolen, or Destroyed United States Savings Bonds. Get the form on the Treasury website.

You can also redeem your old paper bonds at most financial institutions.

Remember that your savings-bond interest is taxable by the federal government, but there’s no state or local tax. You can report it and pay tax every year that you hold the bond—or wait until the end and pay the tax all at once. That’s what most people do. When you redeem your bonds, you’ll get an IRS Form 1099-INT that shows your taxable gain.

In certain cases, there is an exception to the taxes. One is if you use the proceeds from bonds issued in 1990 or later to pay qualified higher-education expenses for you or your child. The rules, including income limits, are detailed in the Education Planning section of the TreasuryDirect site.