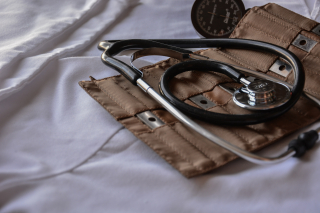 “The BENES Act, which cleared committee Wednesday, aims to minimize the chance that beneficiaries get slapped with life-lasting late-enrollment penalties.”

More older workers are remaining in the workplace. In 2016, about 60% of 65-year-olds were receiving Social Security benefits, compared to 92% in 2002. Consumer advocates expect that change to result in a growing number of older people making expensive mistakes, when they enroll in basic Medicare, says the article “Bipartisan bill to prevent costly Medicare mistakes advances in the house” from CNBC.com.

The hope is that the bill will make Medicare a little easier to understand. The congressional measure to help prevent costly enrollment mistakes cleared a House committee as part of a group of bipartisan health-care bills. Next up would be a vote by the full chamber.

There’s a companion bill in the Senate, but it’s stuck in the Finance Committee. The House bill, known as the BENES Act, has several goals. One is to eliminate delays between the time that someone signs up and the time that they are covered by Medicare. Another is to offer more outreach and information about Medicare to people, as they get closer to being eligible at 65.

About 62.4 million Americans—most of whom are 65 or older—are enrolled in Medicare. Most people do end up tapping their Social Security benefits before that time, and they are automatically enrolled, but today many more people are delaying their benefits beyond that age. As a result, the expectation is that many more people are going to make expensive mistakes, when they do go to enroll in basic Medicare. That includes Part A, for hospital coverage and Part B, for outpatient care and medical equipment. There are no late-enrollment penalties for Part A but coming late to Part B can lead to a world of trouble.

The penalty for enrolling late to Part B is 10% of the standard premium for each 12-month period that the person should have been enrolled but wasn’t and worse, it can increase each year as the premium adjusts. Sixty-five-year-olds who fit into the exception category—that is, they have group health insurance at work—are allowed to delay enrolling. However, once they leave that group, they face deadlines.

Last year, as many as 764,000 people paid the Part B late-enrollment penalty, which on average pushed their premiums up by 28%. Based on the 2020 standard Part B premium, that would mean an additional $40 per month (although some pay more or less than the standard).

There is also a serious coverage delay for those who sign up during the general enrollment period (that’s January 1 to March 31), if they missed their initial signup window, which means they aren’t covered until July 1. You could sign up on January 2 and not have health coverage until July!

The BENES Act also requires that the Health and Human Services Secretary submit a report on how to most effectively align the early year general enrollment period for Parts A and B with the annual fall open enrollment period, which is for enrollment for different parts of Medicare: Part C Advantage Plans and Part D prescription drug plans.

Why Are Veterans’ Medical Claims Being Denied? 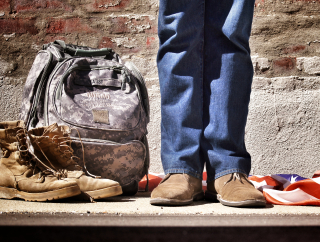 “In one recent six-month period, the VA left 17,400 veterans to pay out of pocket for emergency medical care the government should have covered.”

When a former Coast Guardsman had to go to the emergency room because her appendix was about to burst in September 2016, she thought her insurance would take care of the cost. This veteran had two kinds of insurance, a private plan she paid for and her Veterans Affairs benefits.

NBC News’ recent article, “VA wrongfully denied $53 million in veterans' medical claims in one 6-month period, says report,” reports that the emergency appendectomy went well. The vet made a quick recovery. Her private insurance covered the lion’s share of the $20,000 bill for her hospital stay. However, six months later, the VA denied her claim for the remaining $2,500. This placed the vet in an unexpected financial bind.

She has been appealing ever since.

"It's one of those things where you thought that they would be there and they're not," the Coast Guard veteran explained. She also adopted her nephew soon after the surgery and has been watching her budget to care for him.

The vet believed that she was living in her own private insurance hell, until a report from the VA's Inspector General showed many issues in the way that the VA reimburses veterans for emergency care at non-VA facilities. In one recent six-month period, the VA left about 17,400 veterans to pay out-of-pocket for emergency medical treatment the federal government should have covered. The report said that between April 1 and Sept. 30, 2017, veterans who received emergency care at non-VA facilities had to pay $53.3 million in medical bills.

Members of Congress, including the chairs of the House and Senate Veterans Affairs Committees want answers.

"No veteran should be afraid to seek care in an emergency room," said Rep. Chris Pappas, D-N.H., who signed the letter. "Clearly the bureaucracy is favoring speed over accuracy, it's favoring efficiency over the health of our veterans. We've got to make sure that we're putting veterans first."

The Inspector General found that the office that processes emergency claims had been prioritizing speed over accuracy. This happened as workers were offered incentives, like overtime pay, for processing claims quickly and without concern for accuracy.

The report said that 31% of denied or rejected emergency care claims had been inappropriately processed.