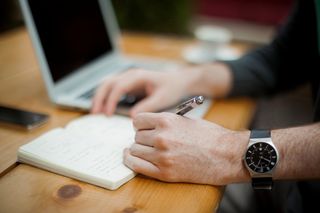 “Trump's rhetoric surrounding the “death tax” is deeply at odds with reality.”

President Trump recently said he’d get rid of the federal estate tax, calling it a "tremendous burden" on family farmers.

“We’ll also protect small businesses and family farmers here in North Dakota and across the country by ending the death tax,” Trump said.

According to the U.S. Department of Agriculture, just 0.4% or 153 farms out of 38,328 farm estates, paid any estate tax in 2016. If that is rounded to the nearest whole percent, it is zero. Under the estate tax, estates valued below $5.45 million don't pay any estate tax or even need to file an estate tax return.

Most estates above the threshold don't actually end up paying any estate taxes. The USDA says that 1.7% of farm estates were valued at more than $5.45 million, so they had to file an estate tax return.

However, there are write-offs and other strategies like alternative land valuation methods, which result in less than a quarter of the estates that filed for the estate tax paying anything.

However, for a few small farms, the estate tax can create hardship. In 2016, the typical small family farm subject to the estate tax had to pay 11% of the value of the farm estate, or about $600,000. That’s like getting a tax bill that's double your annual income.

These extreme cases drive opposition to the estate tax.  A total of 48% of Americans responded that they'd like it to be repealed, according to a May 2017 Quinnipiac poll. However, these cases aren’t typical. In 2016, estate taxes on all farm estates brought in roughly $344 million in revenue, according to the USDA. That $344 million amounts to less than 2% of total annual estate tax revenue, estimated to be about $20 billion.

Therefore, exempting farm assets from the estate tax would have little impact on the Treasury Department's financial outlook—a bit more complicated an argument to make than just “end the death tax.” It is not something that’s likely to appeal to wealthy political donors, who aren’t farmers.