Why Does Stormy Daniels Have a Nuncupative Will? 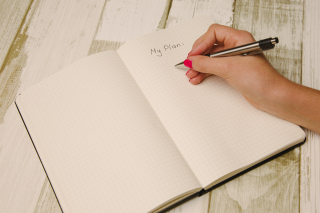 “Daniels’s recording is an oral will, also known in the law as a nuncupative will.”

Stormy Daniels recently released her memoir, Full Disclosure. The book delivers Daniels’s vivid narrative of her 2006 Lake Tahoe meeting with President Trump and the drama that ensued from her signing of a Non-Disclosure Agreement before the 2016 election.

The final chapters of her book tell of her great fears after The Wall Street Journal’s January 2018 reporting of a Non-Disclosure Agreement that she later argued in federal court was invalid. She appeared on news shows and many articles were written about her relationship with the President.

After she received threats against her and her daughter, Daniels made her friend record a video in which she directs the disposition of her estate at her death. She refers to the recording as her last will and testament, writing that she was “never so direct about anything” in her life and that she had “the clear-eyed vision of a person about to die.” The recording shows detailed information about her life insurance policy and specific distribution instructions. She also gives instructions for the care of her horses—Daniels directs the sale of one horse, so that the proceeds can be used for the care of her daughter.

The recording she made is an oral will—also known as a nuncupative will. An oral will is rarely enforceable in a court of law, but there are a few specific exceptions. One is when a written will is nearly impossible to execute. Oral wills create issues, because they raise questions as to authenticity and fraud. In California and Texas, where Daniels lives, oral wills aren’t admissible for probate. In New York, these wills are permissible in some situations, like when it’s made by a member of the armed services in active duty during a war or a seaman at sea.

Wills, as opposed to many other legal documents that can be valid with an e-signature, must have original signatures and in-person witnesses. A handwritten will, also called a holographic will, is generally unacceptable, except in certain limited circumstances.

When executing a will, each state has a list of specific requirements, including that the testatrix (testator) makes certain statements as she signs the document, and witnesses attest to her ability to execute the document. Validity issues frequently are dependent on the disposition of a testatrix, the testimony of the witnesses and the strength and character of the testatrix’s signature. To offer a will for probate, the original document with a real signature must be filed with the probate court.

Daniels, as an artist, opted to record her final disclosure, even though her imminent fear of danger prompted the recording. Her actions show us that we shouldn’t wait until an emergency to think about estate planning. With her many irons in the fire and court cases, Daniels should properly prepare and execute her last will and testament, this time, on paper and with the help of an experienced estate planning attorney.