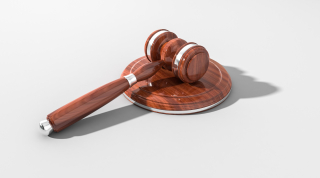 “In a unanimous opinion, the Second District Court of Appeals found that FX and Ryan Murphy, the show’s creator, were protected under the First Amendment from de Havilland’s claims that the show cast her in a “false light,” used her likeness without permission and should have compensated her.”

A California appeals court recently dismissed a lawsuit by film legend Olivia de Havilland over the way she was portrayed in the FX docudrama “Feud: Bette and Joan.” The court ruled that the actress, known for her roles in “Gone with the Wind” and other classics, had no right to control how the show’s creators depicted her.

The Washington Post’s recent article, “Olivia de Havilland’s lawsuit against ‘Feud’ creators gets tossed: She ‘does not own history,’” reported that the decision is a win not just for FX and Murphy, but also for all screenwriters and producers. If the court ruled in de Havilland’s favor, it could’ve meant that other public figures could file aggressive legal challenges, if they didn’t like the way they were portrayed in fictional works.

“Whether a person portrayed in one of these expressive works is a world-renowned film star—‘a living legend’—or a person no one knows, she or he does not own history,” the three-judge panel wrote in a 38-page opinion. “Nor does she or he have the legal right to control, dictate, approve, disapprove, or veto the creator’s portrayal of actual people.”

The 101-year-old De Havilland was a product of Hollywood’s golden age, the period spanning from the end of silent films to the late 1950s. She portrayed Melanie Hamilton, Scarlett O’Hara’s sister-in-law in “Gone with the Wind,” and Maid Marian in “The Adventures of Robin Hood.” These roles paved the way for her stardom in the late1930s, and she went on to win two Oscars.

“Feud,” which debuted in March 2017, was a dramatized version of the intense rivalry between Bette Davis and Joan Crawford during the filming of the 1962 thriller “Whatever Happened to Baby Jane?” De Havilland, a close friend of Davis, was played by Catherine Zeta-Jones. The show was nominated for 18 Emmy awards. Although the role of de Havilland was only 17 minutes of screen time in the eight-episode series, she filed suit against FX and Murphy last June, claiming that she was unfairly portrayed as a vulgar gossip-peddler and arguing they didn’t have permission to use her as a character.

The trial court allowed the case to proceed last fall, but the Court of Appeals court reversed the lower court’s ruling and ordered the case dismissed, holding that the show was constitutionally protected as a fictionalized work based on real-life events.

The First Amendment protects authors who take real-life stories and transform them into fictional works. The result may have been different, if FX had used de Havilland’s name or likeness to sell physical merchandise, according to the opinion. However, in this case, FX was safe because “Feud” was “transformative.” The TV show was a creative work that drew from a variety of source material and didn’t derive its value principally from de Havilland’s celebrity.

The court found that much of the series portrayed de Havilland in a positive light. Zeta-Jones played the de Havilland character as “beautiful, glamorous, self-assured and considerably ahead of her time, in her views on the importance of equality and respect for women in Hollywood.”

Reference: Washington Post (March 27, 2018) “Olivia de Havilland’s lawsuit against ‘Feud’ creators gets tossed: She ‘does not own history’”