How to Make Beneficiary Designations Better 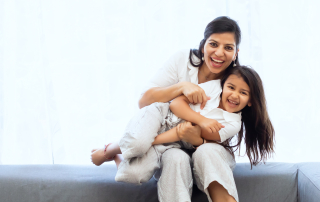 “Beneficiary mistakes can result in retirement plan assets being transferred to unintended beneficiaries.”

Beneficiary designations supersede all other estate planning documents, so getting them right makes an important difference in achieving your estate plan goals. Mistakes with beneficiary designations can undo even the best plan, says a recent article “5 Retirement Plan Beneficiary Mistakes to Avoid” from The Street. Periodically reviewing beneficiary forms, including confirming the names in writing with plan providers for workplace plans and IRA custodians, is important.

Post-death changes, if they can be made (which is rare), are expensive and generally involve litigation or private letter rulings from the IRS. Avoiding these five commonly made mistakes is a better way to go.

1—Neglecting to name a beneficiary. If no beneficiary is named for a retirement plan, the estate typically becomes the beneficiary. In the case of IRAs, language in the custodial agreement will determine who gets the assets. The distribution of the retirement plan is accelerated, which means that the assets may need to be completely withdrawn in as little as five years, if death occurs before the decedent’s required beginning date for taking required minimum distributions (RMDs).

With no beneficiary named, retirement plans become probate accounts and transferring assets to heirs becomes subject to delays and probate fees. Assets might also be distributed to people you didn’t want to be recipients.

2—Naming the estate as the beneficiary. The same issues occur here, as when no beneficiary is named. The asset’s distributions will be accelerated, and the plan will become a probate account. As a general rule, estates should never be named as a beneficiary.

3—Not naming a spouse as a primary beneficiary. The ability to stretch out the distribution of retirement plans ended when the SECURE Act was passed. It still allows for lifetime distributions, but this only applies to certain people, categorized as “Eligible Designated Beneficiaries” or “EDBs.” This includes surviving spouses, minor children, disabled or special needs individuals, chronically ill people and individuals who are not more than ten years younger than the retirement plan’s owner. If your heirs do not fall into this category, they are subject to a ten-year rule. They have only ten years to withdraw all assets from the account(s).

If your goal is to maximize the distribution period and you are married, the best beneficiary is your spouse. This is also required by law for company plans subject to ERISA, a federal law that governs employee benefits. If you want to select another beneficiary for a workplace plan, your spouse will need to sign a written spousal consent agreement. IRAs are not subject to ERISA and there is no requirement to name your spouse as a beneficiary.

4—Not naming contingent beneficiaries. Without contingency, or “backup beneficiaries,” you risk having assets being payable to your estate, if the primary beneficiaries predecease you. Those assets will become part of your probate estate and your wishes about who receives the asset may not be fulfilled.

5—Failure to revise beneficiaries when life changes occur. Beneficiary designations should be checked whenever there is a review of the estate plan and as life changes take place. This is especially true in the case of a divorce or separation.

Any account that permits a beneficiary to be named should have paperwork completed, reviewed periodically and revised. This includes life insurance and annuity beneficiary forms, trust documents and pre-or post-nuptial agreements. 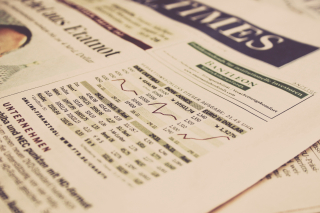 “401(k) plans and 457 plans operate similarly, with the main difference being who is allowed to participate in each one.”

401(k) plans and 457 plans are two types of IRS-sanctioned, tax-advantaged employee retirement savings plans. With these plans, participants can deposit pre-tax money, which is then allowed to compound without being taxed, until it is withdrawn.

401(k) plans are the most common type of defined contribution retirement plan. Employers sponsoring 401(k) plans may make matching or non-elective contributions for eligible employees. Earnings in a 401(k) plan accrue on a tax-deferred basis. These plans offer a menu of investment options, pre-screened by the sponsor and participants choose how to invest their money. They have an annual maximum contribution limit of $19,000, as of 2019. For employees over 50, both plans have a "catch-up" provision that allow up to $6,000 in additional contributions. Premature withdrawals from a 401(k), before age 59½, can trigger a 10% tax penalty. Plan participants can make early withdrawals from a 401(k) under "financial hardships," which are defined by each 401(k) plan.

457(b) plans are IRS-sanctioned, tax-advantaged employee retirement plans offered by state and local public employers and some nonprofit employers. They’re among the least common forms of defined contribution retirement plans. As defined contribution plans, both of these plans are funded, when employees contribute through payroll deductions. The plan participants set aside a percentage of their salary to put into their retirement account, without being taxed (unless the participant opens a Roth account, and any subsequent growth in the accounts is not taxed). In 2019, 457 plans have an annual maximum contribution limit of $19,000. For employees over 50, both plans contain a "catch-up" provision that allows up to $6,000 in additional contributions. Contributions to each plan qualify the employee for a "Saver's Tax Credit." It’s possible to take loans from both 401(k) and 457 plans.

However, 457 plans are a type of tax-advantaged non-qualified retirement plan and aren’t governed by ERISA. Since ERISA rules don’t apply to 457 accounts, the IRS doesn’t assess a "premature withdrawal" penalty to 457 participants, who take withdrawals before age 59½. Those withdrawals are still subject to normal income taxes.

457 plans also have a "Double Limit Catch-up" provision that 401(k) plans don’t. This is designed to allow participants who are near retirement to compensate for years when they didn’t contribute to the plan but were eligible to do so.

Both plans permit early withdrawals, but the qualifying circumstances for early withdrawal eligibility are different. With 457 accounts, hardship distributions are allowed after an "unforeseeable emergency," which must be specifically laid out in the plan's language. Both public government 457 plans and nonprofit 457 plans allow independent contractors to participate. Independent contractors aren’t eligible to participate in 401(k) plans. Because 457 plans are nonqualified retirement plans, you can contribute to both a 401(k) and 457 plan at the same time.