What is a Special Needs Trust? 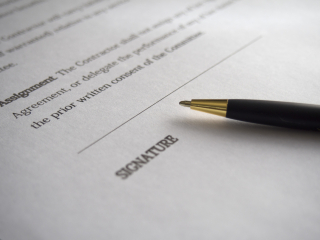 Supplemental Security Income and Medicaid are critical sources of support for those with disabilities, both in benefits and services.

To be eligible, a disabled person must satisfy restrictive income and resource limitations.

That’s why many families ask elder law and estate planning attorneys about the two types of special needs trusts.

If properly thought out, families can continue to support their loved one with a disability long after they’ve passed away.

After meeting the needs of their disabled family member, the resources are kept for further distribution within the family. Distributions from a special needs trust can be made to help with living and health care needs.

Pooled trust organizations can provide another option, especially in serving lower to more moderate-income families, where assets may be less and yet still affect eligibility for vital governmental benefits and services.

Talk to an elder law attorney to discuss what public benefits are being received, how a special needs trust works and other tax and financial considerations. With your attorney’s counsel, you can make the best decision on whether a special needs trust is needed or if another option is better, based on your family’s circumstances.

Reference: Moberly Monitor (October 27, 2019) “Things to know, things to do when considering a special needs trust”

What Can You Tell Me About a Special Needs Trust? 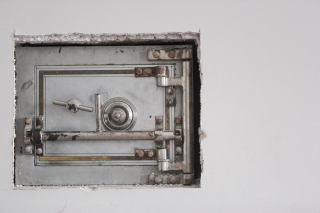 “If you have a loved one who deals with chronic illness or a disability of some kind, you want to be able to keep supporting them after you’re gone. However, you don’t want to disrupt their ability to collect funds from programs like Medicaid or disability payments. In these situations, you can use a special needs trust.”

A special needs trust is a specific type of trust fund that’s created to help a beneficiary with special needs but not jeopardize their eligibility for programs, like Supplemental Security Income (SSI), Social Security Disability Insurance (SSDI) and Medicaid. KAKE’s recent article, “How a Special Needs Trust Works,” says that programs like SSDI and Medicaid can be vital supports for those dealing with disabilities or chronic illnesses.

These programs have income limits to ensure they’re serving those who need them the most. If you were to just give money to your beneficiary when you pass away, it could come in above this income limit.

A special needs trust works around this. That’s because the owner of the funds is technically the trust, not the beneficiary. You also name a trustee to be in charge of disbursing the funds in the trust. Therefore, while the beneficiary benefits from the trust, she doesn’t have control of its assets.

If you are creating a special needs trust for a beneficiary, you must do this before the beneficiary turns 65. And funds from the trust typically can’t be used to pay for food or shelter.

With a third-party special needs trust, the trust holds funds that a beneficiary doesn’t directly own. These are generally used by grantors to allow the beneficiary to start getting money from the trust, even before their death. The funds never technically belong to the beneficiary, so they can’t be used for Medicaid payments. The trust can be used to save money for the beneficiary and future beneficiaries.

The third type of these trusts is the pooled special needs trust. Nonprofit organizations manage assets for a fee, and these organizations pool the funds of multiple trusts together and invest them. When it comes to payments, beneficiaries get an amount equal to their percentage of the pooled trust’s balance.

A special needs trust lets you write down what you wish your funds’ purpose to be, making it legally binding. Special needs trusts are irrevocable, so you can also protect your funds from creditors and lawsuits against the trust’s beneficiary. It lets you help your beneficiary deal with the expenses that come with illness or disability, without hampering their ability to get other assistance.

How Does Washington State Plan to Streamline Its Guardianship Process? Harders remarked that she’s heard from members that the road to guardianship was complex and expensive, when their children turned 18.

In addition, the guardianship process also differs from county to county.

Two bills in Washington state address these issues, which will ease some of the burden for parents.

"Life is difficult enough for these folks having to take care of special needs kids,” she states. “They don't need one more thing to worry about, and so we are really hopeful that these two bills will make life just a little easier for parent providers."

The Uniform Guardianship Act, Senate Bill 5604, is designed to standardize the guardianship process through Washington’s 39 counties and create a monitoring system and model training program. The bill currently is on the governor's desk.

The second bill is House Bill 1329. It creates alternatives to full legal guardianship. The bill was signed in April and goes into effect at the end of July.

In Washington, there are professional guardians, public guardians and lay guardians. A one-size-fits-all law for guardianship does not work well for families, whose children have different disabilities.

"In today's world, you're either an incapacitated person or you're a person that is not incapacitated with full legal rights, and creating an opportunity for there to be some different options within that continuum, I think, is very important," one parent of disabled children said.

Reference: Public News Service (May 16, 2019) “Guardianship Process to Be Streamlined in WA”

Why Did a Georgia Woman Try to Trick a Judge Concerning Her Son’s Special Needs Trust? 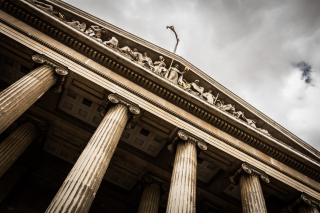 “A woman accused of conspiring to scam her special needs son out of his trust fund, has turned herself in to police, according to the Gwinnett County Police Department.”

A Georgia woman surrendered to the Gwinnett County Detention Center recently and remains behind bars without bond on charges of perjury, forgery, identity theft, theft by deception, criminal solicitation and exploitation of an at-risk adult.

Yvonne Longmire’s son, 20-year-old Lee Earnest Longmire, is still missing. He has been declared a ward of the state but his guardian at the Georgia Division of Family and Children Services has not seen him or cared for him.

11alive.com’s recent report, “Mother accused of trying to swindle special needs son out of trust fund turns herself in,” says that Yvonne Longmire and her attorney informed the police that Lee is “okay” but haven’t divulged his whereabouts or cooperated in turning him over to DFCS, as ordered by the state. The attorney told police that a doctor signed off on Lee’s recovery, stating he had become higher functioning. The man has special needs and has not been seen in years. His mother is accused of attempting to scam him out of his trust fund.

"Obviously, there are different interpretations of what OK is. We need to make sure that he's OK to the standards set forth by the state," Gwinnett Police spokesperson Wilbert Rundles said.

Yvonne Longmire is accused of hiring another man, 23-year-old Maurice Ford from Atlanta, to take her son’s place in court to convince a judge that he no longer needed a conservator over his trust fund, which is valued at $200,000. However, before the funds could be withdrawn and given to Yvonne, the former conservatory attorney and his paralegal became suspicious and called the police.

According to the police report, Yvonne provided a driver’s license to the attorney, who acted as Lee’s conservator, but he said the picture didn’t look like Lee. The paralegal found a photo of Lee on Facebook, and the two confirmed it wasn’t the same person.

But one of Lee’s old teachers also saw the driver’s license and said it was him, according to the police report.

Maurice Ford was arrested in Phoenix, Arizona and is currently awaiting extradition to face charges in Georgia. In the meantime, the search continues for Lee.

"Our primary focus is his safety," Rundles said. "We care about his well-being, we care about his safety and we want the people that are going to be able to take care of him to provide him care or put him in a long-term care facility, where he can be cared for by someone who does have his best interests at heart."

Reference: 11alive.com (March 5, 2019) “Mother accused of trying to swindle special needs son out of trust fund turns herself in”

Should I Get Disability Insurance? 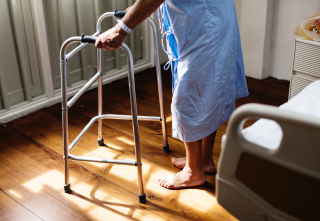 “Disability insurance can help protect your salary, if you are sidelined from work because of a health issue. Many individuals tend to skim over the details of this coverage during open enrollment, leaving them and their loved ones vulnerable.”

One in four adults will become disabled before reaching retirement age, according to the Social Security Administration.

CNBC’s recent article, “1 in 4 workers run into this career derailment, but you can protect yourself,” notes that about 20.1 million adults of employment age have suffered a work disability. Research published by the National Institutes of Health found the common causes to include back or neck problems, depression, anxiety or other emotional issues and arthritis or rheumatism.

You may also purposely avoid disability coverage, because of the cost. Disability insurance is frequently more expensive than term life insurance. However, think of it this way: the chances of missing six to nine months of work because of a car accident or other mishap are exponentially higher than dying prematurely, if you’re younger.

Long-term disability usually starts after three to six months and costs around 1-3% of a worker's annual salary. For most people who are covered through their employer, that policy typically replaces about 60% of their income. That may not be enough coverage, and you may consider purchasing another disability policy.

To see if you have enough disability coverage, look at your income, particularly the cash coming in and the cash going out. If you do become disabled, your costs could go up with additional child-care or medical expenses.

If you’re disabled, you don’t want to tap into your emergency or retirement savings. Look at how much you’re saving toward retirement, when estimating how much income you will need. Also keep in mind the number of people who’ll be affected, if your cash flow takes a dive.

If you decide you want more income protection, your employer may let you buy more coverage. If you’re self-employed, you may be able to get coverage through a professional association. You could also buy a policy on your own, but doing this on your own can be more expensive because group plans can spread the risk out among employees.

Reference: CNBC (November 11, 2018) “1 in 4 workers run into this career derailment, but you can protect yourself”