What is Seattle Doing to Combat Elder Abuse? 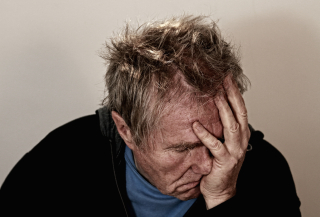 “As Seattle’s senior population rises, elder abuse is increasingly becoming an issue on city officials and caretakers’ radars. Advocates throughout the nation are calling on states to increase public awareness of elder abuse and for courts to respond to the epidemic.”

Research from the New England Center for Investigative Reporting shows that adult protective services throughout the country conducted more than 713,000 elder-abuse investigations in fiscal year 2017. Almost a third of the cases identified the victims of abuse or self-neglect. In Washington State, reported elder-abuse cases increased from 19,000 in 2012 to 49,000 in 2017, according to Seattle Weekly’s recent article, “Seattle Takes on Elder Abuse as Reported Cases Rise.”

Mary Lynn Pannen, the founder and CEO of Washington-based geriatric care management firm Sound Options, remarks that the increased reporting is a result of better data collection. She has seen progress in the state’s response to elder abuse, since she worked as the head of a Tacoma-Pierce County Health Department counsel that focused on the issue 35 years ago. Over the past 30 years, she and her staffers have consulted with families throughout the region on caring for older adults. Employees help caretakers create and execute care plans, work with elder law attorneys and advocate on behalf of people in care facilities. Staffers are trained to be keenly aware of elder-abuse cases, which typically show up as financial exploitation. They’ll look for signals like bruises on the senior’s body or a refusal by family members or caretakers to allow the senior to respond to the staffers’ inquiries. Once they’ve gathered enough information to suspect abuse, staffers then report it to Adult Protective Services.

“One of the things to prevent abuse, is to make sure that we can help de-stress the whole family unit, because caregiving is really hard,” Pannen said. “This is a serious issue and we need to have the public understand that.”

Abuse often goes unreported because older adults feel shame or are unaware about the neglect or abuse they’ve received from their own family members or caregivers. Local agencies have strengthened protections for seniors in recent years.

The Seattle Human Services Department’s Aging and Disability Services Division (HSD/ADS) seeks to address the widespread issue, by working with the Office of the King County Prosecuting Attorney and Adult Protective Services to provide older adults with financial, health, legal services and safe housing in the face of abuse.

According to Adult Protective Services’ (APS) data, King County’s work is helping to increase elder-abuse reporting. They reported a nearly 50% increase over the previous five years in reported allegations of elder abuse in 2014. In 2017, more than 11,000 allegations were reported to APS in the region that includes King County, with nearly 30% of the cases concerning financial exploitation.