« How Do I Avoid Unintentionally Disinheriting a Family Member? | Main | If I Roll All My IRA Money to a Roth, Will I Forfeit Some Tax Benefits? » 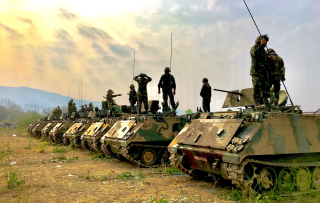 “Some of those guard troops who worked along the border in uniform may never meet the federal definition of a veteran.”

However, Colorado Public Radio’s recent article, “Even After Years In Uniform, Some National Guardsmen Don’t Get Veterans Benefits,” reports that some of those guard troops who worked along the border in uniform may never meet the federal definition of a veteran.

To qualify for Veterans Affairs benefits, such as health care or GI Bill education benefits, individuals are required to serve 180 days continuously on active duty. That means being requested by the federal government under specific circumstances.

National Guard troops are usually under the control of a state's governor, who can call them up to help with natural disaster. However, there are a variety of orders that can be used to mobilize Guard members. Despite the fact that President Trump called guard troops to the border and the federal government paid for the operation, in most cases, the kind of orders they were under do not qualify those troops for benefits.

Representative Mike Levin, a California Democrat, chairs a veterans subcommittee that recently held a hearing on the issue.

"We haven't followed a very basic principle," Levin said, "which is if you're expected to be doing the same sort of thing, putting your life on the line for whatever particular mission, I believe you should be able to get the same pay and benefits."

Representative Levin said Congress has been slow to respond to the changing role of the guard, which has been used more consistently since the terrorist attacks on Sept. 11, 2001.

"The expectations and the demands placed on our national guard and reserves that perhaps weren't there previously, we have to make sure that federal policy reflects that," he said.

In 2016, Congress changed the law, so anyone who retires from the guard or reserves after 20 years has honorary veteran status, no matter the amount of time they spent in active service. However, this legislation didn’t allow them to qualify for federal benefits.

The federal benefits that guard troops often aren't eligible for, include long-term mental health care in the VA health system. The Veterans Administration estimates that there were 919 suicides in 2017 among guard and reserve members, who never achieved veteran status.