« If I Roll All My IRA Money to a Roth, Will I Forfeit Some Tax Benefits? | Main | How Do I Reduce My Blended Family Fighting Concerning My Estate Plan? »

What are the Developments on The “Veterans Burn Pit Exposure Recognition” Bill? 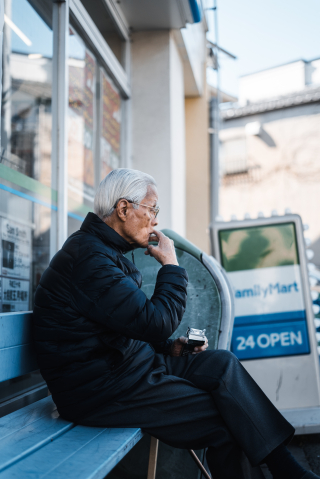 “Lawmakers introduced a bill Thursday that would recognize the health hazards posed by oil well fires, burn pits and other pollution sources in Afghanistan and much of the Middle East—an effort they say would help ill veterans who apply for VA benefits.”

The recently introduced “Veterans Burn Pit Exposure Recognition” bill would declare that service members who deployed to the Middle East in the 1990-1991 Persian Gulf War and after, to Afghanistan and Djibouti following Sept. 11, 2001, and to Iraq beginning in 2003 were exposed to toxins.

Military Times’ recent article, “Should service in Iraq and Afghanistan be a recognized health hazard for vets applying for benefits?” reports that the bill doesn’t create a service connection for specific diseases and doesn’t guarantee disability benefits for sick veterans. However, it would mean that the Department of Veterans Affairs would have to acknowledge that vets were exposed to pollutants, if they served in the named locations during the specified times—eliminating a need for them to prove that they were in close proximity to pollution.

Senators Dan Sullivan, R-Alaska, and Joe Manchin, D-W.Va., the bills’ sponsors, say the legislation is needed because the VA now requires veterans to show evidence of their exposure to support benefits claims, and in many cases, they will reject claims on the lack of evidence on exposure.

“West Virginians have seen first-hand how long it’s taken for the Vietnam-era veterans who were exposed to toxic chemicals like Agent Orange to receive the care and benefits they deserve, and the toll it took on them and their families. I want to make sure that doesn’t happen to this generation of veterans,” Manchin said.

In 1991, Iraqi troops set Kuwaiti oil wells on fire, producing clouds of smoke that covered American troops with fine, oily dust that covered skin, clothing, belongings, weapons, work and living spaces.  In Afghanistan and Djibouti after Sept. 11, 2001, and Iraq in 2003, the U.S. military used burn pits to get rid of refuse generated by military operations, including plastics, batteries, computer parts, animal carcasses, hospital waste and furniture. Troops reported that soot from the pits often coated work and housing areas with a fine green-black powder and many developed chronic coughs, sinusitis and other respiratory symptoms they referred to as the “Iraqi crud.”

In addition to stating that certain hazardous duty stations pose a potential health hazard, the bill also acknowledges an information gap regarding the location, use and hazards posed by burn pits and encourages ongoing research by DoD and VA. It identifies fine particulate matter, 16 types of hydrocarbons, 15 volatile organic compounds and 17 dioxin compounds as known toxins.

Reference: Military Times (November 22, 2019) “Should service in Iraq and Afghanistan be a recognized health hazard for vets applying for benefits?”