« How Can I Protect My Real Estate Investments? | Main | What Happens to Estate Tax Benefits After 2025? »

How Do I Protect My Elderly Parent from Scams? 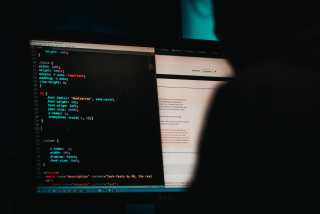 “Adult children of seniors need to be alert, because there are some insidious financial scams out there. Here's what they look like, and why they work.”

According to a 2015 study by True Link Financial, seniors lose $36.48 billion each year to elder financial abuse. The FINRA Investor Education Foundation reports that more than 8 in 10 seniors are solicited for potentially fraudulent offers, adding that “Americans age 65 and older are more likely to be targeted and 34% more likely to lose money once targeted than respondents in their 40s.”

Kiplinger’s recent article, “Defrauding the Elderly: Watch for These Danger Signs,” explains that advancing age can have some impact on an individual’s emotional and physical health that may lower their defenses against abuse and fraud. Let’s look at some common frauds.

Wire transfer scams: A retired 80-year-old businessman contacted by fraudsters who said they wanted to do business with him. He wired them $400,000, and when he found out he’d been defrauded, he complained to the scammers. They had him contact some new crooks who said they could get his money back if he would wire them $400,000—which he did.

Gift card scams: These can be used to launder money, without even having to physically send the cards anywhere. A scammer convinces the elderly victim to get several cards and load them with money. They then have the victim scratch off a protective strip on the back of the card to reveal its code number, take a picture of the number and then text the picture to a cellphone number.

Computer-hacking scams: A common scam designed to victimize seniors is a contact from someone who says they’re a Microsoft employee. The scammer says the senior’s computer has a virus or some other problem, which they’re happy to fix. The senior just has to click on an email link or download an attachment the rep sends them and pay a fee. The scammer thus gets control of the victim’s computer.

Door-to-door scams: A scammer knocks on a senior’s door and says her trees need to be trimmed or gutters need to be cleaned. There are numerous cases where seniors have paid upwards of $30,000 to trim the hedges at their house. There are no service rendered: the crooks just wait and reappear to help the elderly person write a check for their services.

Family member financial abuse: Financial fraud in a family can be hard to resolve. It’s hard to know if an elderly parent voluntarily gives gifts to a family member, or if fraud is involved.

Prevention is always the best course of action, so speak to your elderly parents or grandparents about scams.