« How Can Life Insurance Help Me with my Post-Divorce Estate Planning? | Main | Will My Heirs Need to Be Ready to Pay Estate Taxes? » 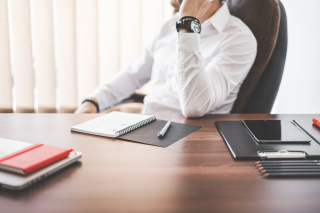 “The late rapper’s loved ones are expected to inherit $1 million each.”

Seven months after he was fatally shot outside of his clothing boutique, rapper Nipsey Hussle's family has officially been given the sole custody of his 10-year-old daughter, Emani.

BET’s article “Nipsey Hussle’s Family And Lauren London Granted Joint Guardianship Over His Estate” reports that Nipsey’s sister, Samantha Smith, first tried to get a guardianship over Emani this past spring.

According to media sources, a judge has appointed Nipsey’s immediate family, including his siblings, Smith, Sam “Blacc Sam” Asghedom, and his mother, Angelique Smith, as Emani’s guardians. The girl is from a previous relationship between the late rapper and a woman named Tanisha Foster, whom Nipsey’s family felt was “unfit” to properly parent her.

In addition, the judge awarded Lauren London guardianship over the couple’s three-year-old son’s estate. The boy is her only child with the late rapper. The report stated that London filed for guardianship of Kross in July, four months after Nipsey died.

London will now have a legal say in the management of her longtime partner’s estate, as it concerns their son. Both Emani and Kross are expected to inherit $1 million each, when they reach the age of majority.

Because a minor can’t inherit an estate outright, a guardianship is requested or ordered by a probate judge. It’s a legal process put into place to protect those who are unable to care for their own well-being due to infancy, incapacity or disability. A court will appoint a legal guardian to care for an individual, known as a ward, who is in need of special protection. It’s common for a guardianship to be set up in situations, like that of Russell’s children.

The Victory Lap rapper’s older brother, Sam “Blacc Sam” Asghedom, has been overseeing the estate since the Grammy-nominated artist’s death.

Asghedom filed a petition with the court to take control over the estate last summer, so he could handle business dealings and make certain that his brother’s legacy stays intact. His request was granted by the judge, and he was appointed as the executor of his late brother’s estate in August 2019.