« How Can Beneficiary Designations Wreck My Estate Plan? | Main | Will Veterans Get a Cost-of-Living Increase? »

How Do I Title Our Property as Tenants in Common? 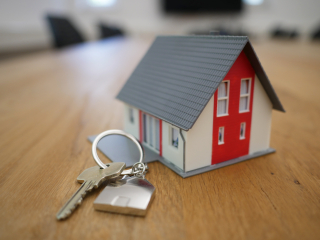 “This method is actually the default ownership method in Oklahoma, i.e. if you simply title ownership as “joint ownership” the form of ownership assumed will be as a tenant in common.”

There are several ways to hold property. They include ownership as an individual and property held as joint tenants with right of survivorship. A third major form of ownership is “Tenancy in Common.”

The Pauls Valley Democrat says in its article “How to title your property as tenants in common” that ownership as a tenant in common provides an undivided interest in the whole property (i.e., an undivided one-half, one-third, etc.). This interest in property stands on its own and can be bought and sold. This form of title is the best option for two or more people who want to keep their title separate during life and after death.

When several individuals own an undivided interest, the control, usage, and management can become complex and troublesome, especially when one of the co-tenants spends their own money to improve the property, which benefits the other co-tenants.

Tenancy in common offers a benefit because the interest is transferable and can be sold or otherwise transferred, without affecting the other owners. However, the value of a partial ownership is decreased in value, because of the potential limitations on sharing with the other owners.

The following is an issue that can occur, if a husband and wife own their property as tenants in common. If one spouse dies, his or her undivided interest remains as a part of the estate. As a result, his or her estate has to be probated for a clear transfer of title to the surviving spouse or to other heirs. It’s an expense for the survivor that could have been avoided, if another form of ownership were implemented.

Another thought with co-tenancy is a debt of one of the co-owners. The death of one of the co-tenants does not terminate the ability of his or her creditors to file a claim against the property as a part of a probate.

Each owner has the right to sue to split the property in a suit for partition, and the other owners may at any time face such action. Typically, real property can’t be fairly split into equal pieces. Thus, there’s a sale of the property by the court and then a split of the money after the sale. This isn’t a good option in many cases. Plan in advance, rather than react after the fact.

Reference: Pauls Valley Democrat (October 2, 2019) “How to title your property as tenants in common”