« Should I Take a Lump Sum Pension Pay-Out? | Main | How Will Jeffrey Epstein’s Estate Be Settled? »

What Will Happen to Jeffrey Epstein’s Estate? 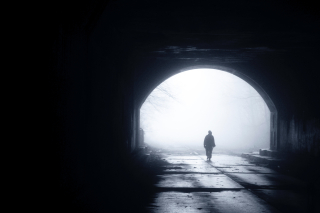 “Two days before he died in what was ruled a suicide in a Manhattan jail cell, Jeffrey Epstein signed a will that put all of his holdings into a trust.”

Jeffrey Epstein’s will was filed in the U.S. Virgin Islands. It’s a "pour-over will" that transfers all of his assets into a trust. The trust is secret, not open to the public, and is administered by trustees. Epstein's will, which is a public document, claimed assets of more than $577 million.

However, none of that money can be moved into Epstein's trust until a probate court decides what to do with the numerous claims made against the convicted sex offender and his estate.

The terms of the trust are not public, because they’re not part of the will itself. Epstein's creation of the trust is commonly done by those who desire privacy. Of course, there is some surprise because the will and the trust were created just two days before he died. One of the most intriguing parts of Epstein's will is that it lists his domicile (his permanent residence) as the U.S. Virgin Islands. Domicile is important in determining which jurisdiction controls the estate. Domicile must be proven in a probate court, and is usually accomplished with tax returns, a driver’s license, or documented time spent in the jurisdiction.

Another question about Epstein's will, is whether it will even be declared valid. His will, and thus his entire trust, can be held invalid, if the will wasn’t properly executed and if it wasn't properly witnessed or signed. There can’t be any fraud, undue influence, or duress. Since the will was made right before his suicide, there’s no certainty of his mental capacity.

His testamentary capacity, which means his mental ability make a valid will or estate, will probably be decided by a probate judge. If his estate planning documents are voided, the assets would transfer to the beneficiary of the estate, which is his brother Mark Epstein. However, Mark would still be liable for creditors' claims and any alleged victims' lawsuits.

Epstein's $577 million in assets will not pass from his estate into his private trust, until all creditors' claims have been satisfied in a probate court.

Legal experts expect a long, drawn-out, and complex process for deciding the future of Epstein's wealth.

Reference: CBS News (August 21, 2019) “What we know about Jeffrey Epstein's will, and what happens next with his estate”