« How Much Will Long-Term Care Cost? | Main | Work for a Small Company? Your Employer May Be Offering a 401(k) Plan »

How Do I Have the Financial Talk with My Parents? 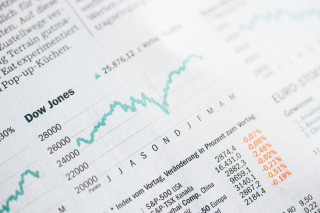 “It’s one thing to assume that these conversations can wait until a health or financial emergency makes them necessary. However, avoiding money talks with your parents altogether can be a mistake.”

GOBankingRates recently released a survey that found that 73% of Americans haven’t had conversations with aging parents about their finances. However, 22% of the survey’s respondents said they never plan to have this talk with their parents, because they believe their finances are none of their business.

Forbes’ recent article, “What You Don’t Know About Your Parents’ Finances Could Ruin Yours” says that if you don’t take the time to chat to your parents about their finances, your own finances could be affected. This is because there’s a good chance you’ll have to get involved with your parents’ financial lives, as they age. This can impact your own financial well-being, if you aren’t ready for that task.

If you and your parents don’t talk about how to pay for any care they might need, you could become your parents’ long-term care plan. That could mean you pay these expenses or stop working to help care for a parent.

If you have siblings, it is important for all the children to be on the same page regarding the parents’ finances. This will help everyone involved be better prepared.

The most important reason to talk to your parents about their finances sooner rather than later, is to see if they have a will, power of attorney and living will or advance health care directive.

If they don’t, consult with an experienced estate planning attorney. The sooner you address these issues, the better.

Reference: Forbes (July 17, 2019) “What You Don’t Know About Your Parents’ Finances Could Ruin Yours”