« How are Baby Boomers Doing with Their Retirement Planning? | Main | How Do I Make a Seamless Transition of a Family Business? »

What’s the Latest in the Divorce of Amazon’s Jeff Bezos? 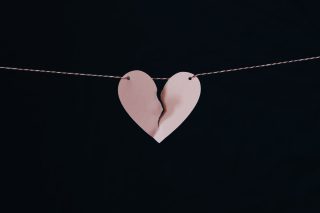 “Handing over 25% of his controlling Amazon stake stings. However, the stakes are much higher now that the world’s biggest fortune is up for grabs.”

WealthAdvisor’s recent article asks “Bezos Besieged: Was $35 Billion Divorce The Most Expensive Wake-Up Call Ever?” According to the article, Amazon CEO Jeff Bezos got married without a prenuptial contract and then kept all of his Amazon stock as personal property. He never moved it into a trust, where everyone from the IRS to the matrimonial attorneys could get to it.

The divorce settlement of 25% of Amazon with his ex-wife MacKenzie is really a bargain, despite the fact that it means whittling at least $35 billion off his net worth.

The first decision, not to have a prenup, makes sense. After all, he began as a hedge fund guy and didn’t expect to end up as the world’s wealthiest person. He’s still in pretty good shape, despite the divorce.

Bezos still has 59 million shares, a 12% stake in the company, as well as voting rights on all of her stock for as long as she owns it, which still gives him control.

Bezos’ mistress also recently just filed for divorce, so if he wants to protect his remaining $108 billion in Amazon stock and eliminate the risk of marital history repeating, he should make some plans. A prenuptial arrangement is definitely needed for any future marriage.

This is also the time to create a succession plan. Bezos is now 55. While no one wants to force him out because the stock will probably be worth significantly less with him gone, he still needs a plan to gradually remove himself from the day-to-day Amazon operations. He’ll want to develop his executives to take over the reins.

Maybe his priorities will change, as time goes on. Sooner or later, he’ll gravitate towards other interests, and the company may continue without him. Given the strange enemies he’s making, which likely led to his emails being hacked and sent to the media, his personal security bills must be substantial. Facebook spends upwards of $10 million annually to protect Mark Zuckerberg. That’s a worthwhile investment, for Bezos and for Amazon.