« What Can You Do If Your Dad Leaves Your Out of His Will? | Main | What Do I Do First After the Death of My Spouse? »

How Do I Prepare my Parents for Alzheimer’s? 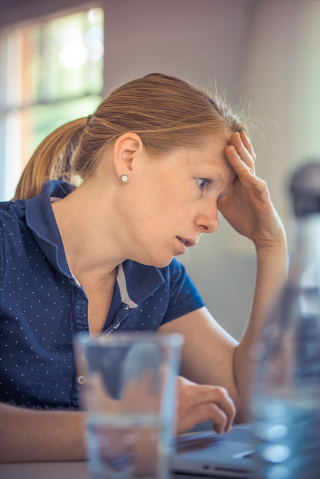 “Imagine that your mom has Alzheimer’s. She calls you one day, out of the blue, saying that she wants to sell the family home. When you ask her where she would live if the family home is gone, she doesn’t seem to have a clear plan. Ten minutes into the call, Mom gets upset with your questions. She declares that she can sell the house without your help and hangs up the phone.”

Can your mom just sell her house, despite her diagnosis of Alzheimer’s?

The (Bryan TX) Eagle reports in the recent article “MENTAL CLARITY: Shining a light on the capacity to sign Texas documents” that the concept of “mental capacity” is complicated. There’s considerable confusion about incapacity. The article explains that different legal documents have a different degree of required capacity. The bar for signing a Power of Attorney, a Warranty Deed, a Contract, a Divorce Decree, or a Settlement Agreement is a little lower than for signing a Will. The individual signing legal documents must be capable of understanding and appreciating what he or she is signing, as well as the effect of the document.

The answer the question of whether the mom can sign the deed to her house over to the buyer.  is likely “yes.” She must understand that she’s selling her house, and that, once the document is signed, the house will belong to someone else. A terminal diagnosis or a neurodegenerative disease doesn’t automatically mean that an individual can’t sign legal documents. A case-by-case assessment is required to see if the document will be valid.

The fact that a person is unable to write his or her name doesn’t mean they lack capacity. If a senior can’t sign her name (possibly due to tremors or neurodegeneration), she can sign with an “X”. She could place her hand on top of someone else’s and allow the other person to sign her name. If this is completed before witnesses and the notary, that would be legal.

A hard part of Alzheimer’s is that a person’s mental clarity can come and go. Capacity can be fluid in the progress of a neurodegenerative or other terminal disease. Because of this, the best time to sign critical documents is sooner rather than later. No one can say the “window of capacity” will remain open for a certain amount of time.

Some signs should prompt you to move more quickly. These include things like the following:

Any of the signs above could be caused by dementia or many other problems. Talk to your parent’s physician and an elder law attorney. He or she can discuss the options, document your parent’s legal capacity, and get the right documents drafted quickly.