« What If You Live TOO Long? | Main | Illinois Cracks Down on Medicaid Issues » 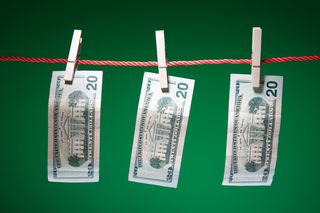 “After Rudy Giuliani’s wife preemptively filed the paperwork to end the marriage, the only silver lining was that the details of the proceedings will remain confidential.”

Think Advisor recently published an article, “Rudy Giuliani's $60M Divorce: This Time It's Going To Hurt.” It will be contested, and there’s no prenuptial agreement—and Rudy’s been trying to keep a low profile.

The article says that the deck on this split is deeply stacked against the former New York City Mayor. There is estimated to be $60 million at stake.

Rudy is a veteran of the no-holds-barred divorce. His last divorce was tabloid fodder. Although he was technically the adulterer, he accused Donna Hanover of cruel and inhuman treatment at the same time he was busy kicking her out of the New York City mayoral mansion and ruining her charities.

Like her soon-to-be-ex-husband, this is not Judith’s first contentious divorce. Years ago, she was married to a Long Island trust fund baby. When that went south, both sides got nasty. Therefore, she won her last divorce, and he lost his. Hanover got $6 million from Rudy, which amounted to about half of his paper assets, plus a year of his high-powered post-911 speaking fees.

Rudy has been silent since the election. While on paper, he’s the White House cybersecurity consultant, it’s a pretty low profile by his usual standards. Whatever’s he’s doing, he doesn’t want it to be published in the headlines.

In 2000, he was ready to fight it out in the papers. That divorce took two years of insults and petty retaliation against his wife, his kids, and ultimately the city. Only the events of 911 gave him a better reputation.

This time around, Rudy may opt to pay Judith to go away and keep quiet because he still has national political ambitions. Rudy is 73 years old and could stay on the consulting circuit until he retires, but statistically his peak earnings years are behind him. A contested divorce is going to consider his assets in terms of retirement, rather than his future opportunities.

Rudy has had some big paydays.  However, his divorce from Judith may take a big bite out of the wealth he was saving for his golden years. Judith could wind up with $30 million. While his lawyers might buy her out with a lower number, it’s still going to put a crimp in his estate.

If Rudy has completed any estate planning, it will certainly be dragged into this court battle. As mentioned, there is no prenuptial agreement. That’s because when they married, he didn’t have much. His previous divorce took whatever he had at the time. However, a prenuptial agreement would have protected his children’s inheritance.

Illinois Cracks Down on Medicaid Issues

“In Koss' case, she alleged her ophthalmologist refused to continue treatment because of non-payment, allegedly resulting in Koss losing her vision.”

The Illinois Department of Human Services has 90 days from when basic Medicaid recipients apply, to determine if they are eligible for long-term Medicaid. If not, they’ll be automatically eligible for the long-term benefits, according to a recent ruling from a federal judge.

The Cook County Record’s recent article, “Judge orders IL state agencies to move quicker on applications for long-term Medicaid benefits,” said the judge disregarded concerns from state officials that the time limit will encourage applicants who may otherwise be ineligible to game the system.

U.S. District Judge Joan Gottschall in Chicago ruled in favor of a group of elderly women in their action against state social service agencies.

Medicaid is a federally funded program administered by states that provides medical aid for people of low income. The plaintiffs said they were already eligible for basic Medicaid but needed to apply for long-term benefits to pay for their care in nursing facilities or supported living facilities. They complained that their applications had been delayed from 20 to 60 months. During that time, their bills piled up because of the IDHS’s slow processing of the applications.

IDHS argued that many delays are beyond their control, like an applicant’s failure to respond to requests for additional documents. IDHS also noted it must deal with “voluminous” documents, when handling applications.

A few months after the suit was filed, the plaintiffs' applications were approved. IDHS said the matter was moot and should be dropped.  However, Judge Gottschall ruled the case should proceed for the benefit of potential class action members.

Plaintiffs asked for a preliminary injunction ordering IDHS to determine long-term eligibility within 90 days. The judge granted the request and noted that applicants for long-term Medicaid must first be eligible for basic Medicaid. From there, the judge said that Medicaid regulations require “reasonable promptness” in determining Medicaid eligibility, with 90 days considered reasonable.

Judge Gottschall found undisputed evidence that thousands of applications remain pending beyond the deadlines. The judge also found it “plausible” that the delays aren’t related to the mass of documents IDHS said it must go through, or applicants' lateness in furnishing those documents. Therefore, applications for long-term benefits must be processed in 90 days.  Otherwise eligibility is automatically presumed and conferred.